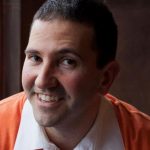 One-half Gandalf, one-half Gollum, Pat is either insane or a really good kidder—read his blog and decide for yourself. Maybe it’s because he’s from Toronto, is left-handed and was born on the same day as Rhain.

Pat has studied lots of things; he has one or two degrees from Queen’s University, in disciplines he can’t even remember—because he has the attention span of a tree frog. 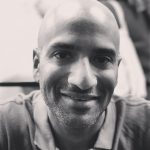 Rhain was born and raised in Toronto, Canada. Like Pat, he came into being on July 4th, 1978. Also like Pat, he is left-handed.

Rhain schooled at the University of Toronto, where he completed two degrees (BSc, MSc) and dropped out of a third (PhD). He decided his love of puns greatly outstripped his love of science.

Rhain has always been known for his love of the pun. Many an acquaintance has groaned at his jokes; some have been known to exclaim, “Get thee to a punnery!” in their efforts to be rid of his wordplay.

In his spare time, Rhain enjoys running, cycling, scuba diving and acquiring electronic gadgets. Like Pat, Rhain hopes to make a living from being a Pun Gent. While working towards that dream, Rhain spends his weekdays as a research administrator at the University of Toronto.

Finally, Rhain thanks the members of the academy for their support.